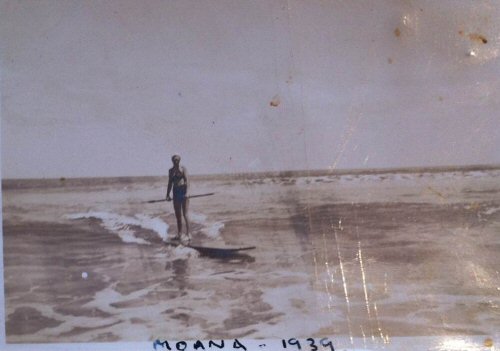 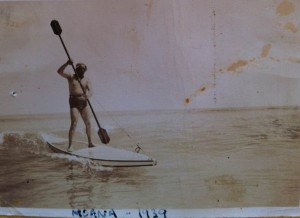 Some incredible photo’s have been produced down on the Gold Coast this week of two guys and a girl on what look to be stand up paddle boards. Written on the bottom of the photo is the date – 1939.

Take away the black and white colour scheme, the 30’s style swimming trunks and a headland that hasn’t got a single million dollar mansion – and these pics could have been taken yesterday. The boards are long with a pointy nose, much like modern race boards. A deck grip is generously sized and placed in the center of the board and in the paddlers hand is a long paddle, obviously designed to be used while standing. It’s Stand up paddling for sure, and this was back in the late 1930’s.

So where did this stroke of genius originate? A little beach in South Australia called Moana. The tiny coastal suburb still only has a pollution of 5000 people, and in the 1940’s, it was relatively unknown. It wasn’t until the 1950’s that it had another surge in tourism, after a new road was built to access the area from Adelaide. The short 40 minute drive from the city made it one of the most popular getaway destinations of the time.

But anyway! Long before that all happened, three unsuspecting people were out there in a one foot swell, having an absolute whale of a time. And that’s what stand up paddling is all about. 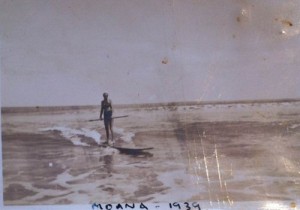 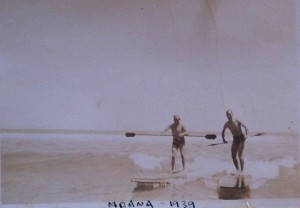 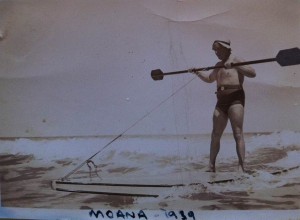